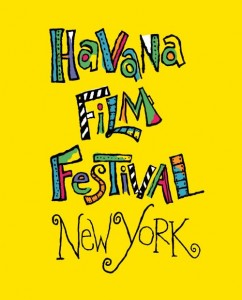 The Havana Film Festival New York (HFFNY) collaborates with Havana’s International Festival of New Latin American Cinema to introduce its audience to prominent and emerging filmmakers by showcasing the latest award-winning films and classics from and about Latin America, the Caribbean and the U.S. Latino community. HFFNY seeks to cultivate audience-artist dialogue through panel discussions designed to give a behind-the-scenes look at an industry that continues to gain global recognition. The festival program offers directors, actors and producers an opportunity to exchange ideas, enriches and expands the vision of Latino culture and provides a multi-cultural experience for a diverse audience.

HFFNY upholds the reputation for which it is known: enriching and expanding the vision of Latino culture here in the United States. The films chosen each year reflect strong cultural and social identities rooted in their respective cities and countries. Our audience has an opportunity to see award-winning full-length feature films, documentaries, shorts, animation and classics as well as new independent films that are rarely screened in the U.S.

All foreign language films are subtitled in English.