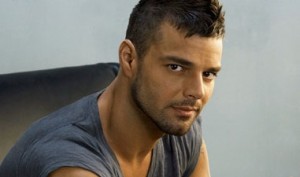 “Right now I’m releasing my new album and doing a tour,” he said. “But after that, I’m getting ready for Brazil and the 2014 World Cup!”

The Brazil World Cup has gained much attention among Latin Americans because the tournament has returned to the continent after several years.

For those who don’t remember Martin previously performed the worldwide hit “Cup of Life” for the World Cup ’98 which brought his career to the next level. We know next years performance should be another success!