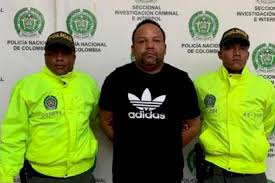 An accused drug kingpin linked to the shooting of Boston Red Sox legend David Ortiz has been arrested. Cesar Emilio Peralta was taken into custody in Colombia Monday.

According to Dominican authorities, César Emilio Peralta was apprehended in Colombia. Peralta is known by the nickname “César the Abuser” and is accused of running a network that transports heroin and cocaine through Colombia, Venezuela, the Dominican Republic, and the United States. He’s been wanted by the FBI since late 2018.

In addition to Peralta’s drug trafficking, he is rumored to be involved in shooting Ortiz. In June, the baseball legend was shot at a bar in the Dominican Republic. Initially, it was reported that the incident was an attempted robbery. But, it was later discovered that Ortiz was the victim of a hit gone awry. 25-year-old Rolfi Ferreira Cruz is the alleged gunman. Cell phone video surfaced of Cruz admitting to pulling the trigger, but insisting that Ortiz was not the intended target.

After further investigation, it was revealed that the hit was ordered on Sixto David Fernández and not Ortiz.

It is still unclear if Peralta was involved in the crime. More than a dozen people have been arrested in connection to the shooting and it was previously reported that Víctor Hugo Gómez was the mastermind behind the shooting. DR Police still believe that Gomez orchestrated the hit despite Peralta’s possible involvement. If Peralta is extradited to the United States, he will likely face trafficking charges.