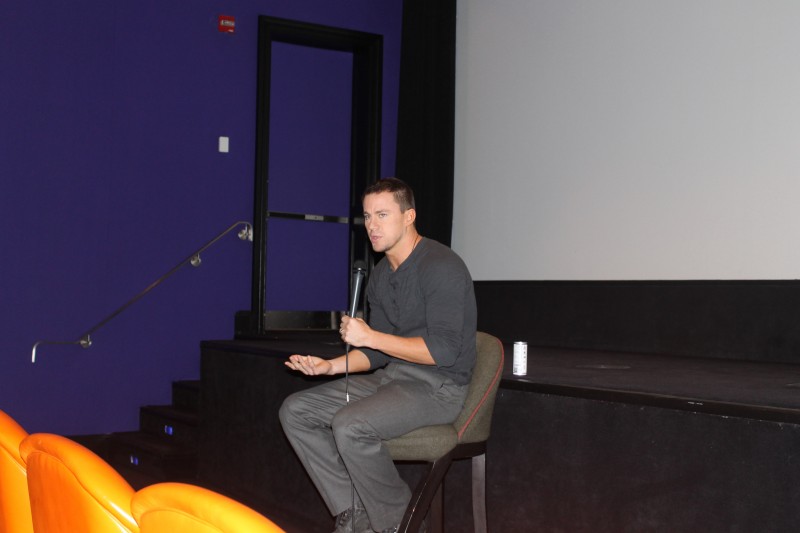 The Book of Life, produced by Guillermo del Toro and directed by Jorge R. Gutierrez, is the story of Manolo, a young man who is torn between fulfilling the expectations of his family and following his heart. He embarks on an adventure that spans three fantastic worlds where he must face his greatest fears.

The film, written by 20th Century Fox, touches on the intricate themes of death, selflessness and more.

Joaquin, the heroic character Channing Tatum plays, is forced to recognize that to be a hero one must truly be selfless. To this point, I asked Channing if there has ever been a point in his career when he has been selfish. “Selfless or selfish?” he asked.

“Selfish…and perhaps learned to be selfless afterwards?” I added.

When it comes to being selfless, it has taken Channing around three to four years to learn that as an actor, “You are not the story. The story is the story. The movie is the story.” While a lot of young actors tend to worry only about themselves, Channing suggests looking at the storyline as a whole and thinking of yourself (the actor) as just a part of it. This, in turn, will result in your best work.

Where Are They? 43 Student-Teachers Missing in Mexico; Mayor may be connected
2015 Disney’s Fairy Tale Weddings Dress Collection
Translate »
%d bloggers like this: