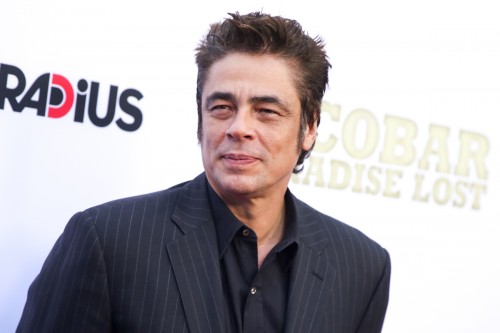 Benicio Del Toro is set to play Jose Miguel Battle Sr., the Don of a Cuban-American Mafia, in a soon to be made film.

Del Toro will star in The Corporation which is a book of the same name written by author T.J. English and highlights the Cuban-American underworld.

Paramount Pictures & The Appian Way production company—owned by Actor Leonardo DiCaprio—were the victors in acquiring the rights to the book-to-film adaptation after a bidding war between Hollywood studios & production companies broke out last week. The film has been cited as becoming the “Cuban Version” of the The Godfather & American Gangster.”

The film’s screenplay will be written by David Matthews who has penned scripts for HBO series Boardwalk Empire & Vinyl and will surely capture the book’s “epic story” of the Cuban-American crime syndicate, The Corporation.

Del Toro will portray Jose Miguel Battle Sr. who was the head of the Cuban-American mafia. Prior to becoming the Godfather of the Cuban mafia, Battle Sr. was a former police officer during President Fulgencio Batista’s presidency prior to the Cuban Revolution; in the early 60s, he also assisted the Central Intelligence Agency (CIA) in training Cuban exiles, and volunteered as a soldier in the Cuban liberation effort of the Bay of Pigs Invasion in April 1961 in-which he was captured. After being released, Battle Sr. moved to Union City, New Jersey were he began The Corporation empire.

This is the first time Del Toro has portrayed an influential figure of the underworld. In Escobar: Paradise Lost, Del Toro played Colombian drug lord Pablo Escobar so he is surely able to get into the mindset of what it takes to be the leader of such an organization.

There’s no word yet when the film goes into production, but so far it has Hollywood buzzing.

Is the Crow of Elysium in ‘House of Cards’ Scene a Real Secret Society?
Justin Bieber Assaulted by Fan in Sweden After Refusing to Sing Remix of Daddy Yankee & Luis Fonsi’s Despacito
Translate »
%d bloggers like this: