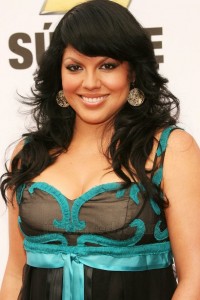 Sara Ramírez born August 31, 1975) is a Mexican-American actress and singer. She is known for her role as Callie Torres in Grey’s Anatomy (2005–present) and as the original Lady of the Lake in Spamalot for which she won the Tony Award for Best Featured Actress in a Musical.

Ramírez was born in Mazatlán, Sinaloa, a beach resort on the Pacific coast of Mexico. Her father was Mexican and her mother was half Mexican and half Irish-American. Ramírez moved with her mother at age eight to Tierrasanta, in San Diego, California. After graduating from the San Diego School of Creative and Performing Arts in San Diego, California, she graduated from the Juilliard School in New York City, where she refined her skills as an actress.

Ramírez speaks both Spanish and English fluently; however, she retains the Spanish pronunciation of her name.