This whole iCloud hack is getting serious, so serious that the FBI is now investigating.

The FBI and Apple have both confirmed their investigation of a massive computer hacking that led to the leak of personal, nude photos of countless entertainers, including Ariana Grande, Jennifer Lawrence, Kate Upton, Victoria Justice, and Mary Winstead. Naked photographs of the celebrities surfaced on various sites, such as Reddit, on Sunday.

According to CNN, hackers attacked the Apple iCloud accounts of several celebrities. Even if the stars had deleted the photos from their iPhones or other Apple devices, they remained in the “Cloud” indefinitely. Apple spokeswoman Nat Kerris said that the company would also investigate the attack. “We take user privacy very seriously and are actively investigating this report,” she said.

“The FBI is aware of the allegations concerning computer intrusions and the unlawful release of material involving high profile individuals, and is addressing the matter,” a spokewoman for the FBI said Monday. “Any further comment would be inappropriate at this time.”

This isn’t the first time this has occurred, back in 2011, the FBI successfully investigated a similar hacker who stole nude photos, scripts, and personal information from the email accounts of various entertainers, including Christina Aguilera and Jessica Alba. 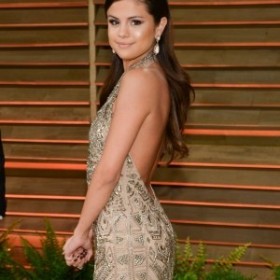 A representative actress Jennifer Lawrence told press that they have contacted authorities and plan to press charges against the hacker.

“This is a flagrant violation of privacy,” the representative said.

Victoria Justice on Twitter said, “These so called nudes of me are FAKE people. Let me nip this in the bud right now. *pun intended*”

Actress Mary Winstead also shared her disgust and anger over the leak, on Twitter she wrote:

“To those of you looking at photos I took with my husband years ago in the privacy of my our home, hope you feel great about yourself.”

“Knowing those photos were deleted long ago, I can only imagine the creepy effort that went into this. Feeling for everyone who got hacked.”

Ariana Grande also spoke out about alleged nude images of her’s leaked by stating this on twitter:

“To every1 going on about my “nudes” & my “m&g prices” neither are real! my lil ass is a lot cuter than that lmao & tour details are coming soon”

Do you think these leaked images are the real thing and do you think celebrities denying it’s them are really being honest that it isn’t?