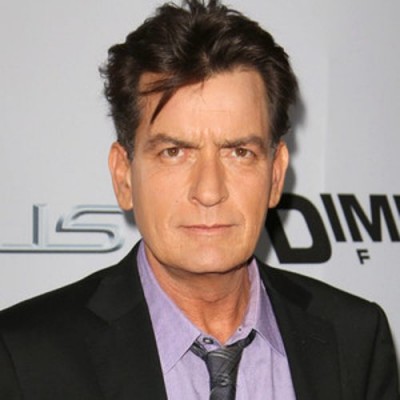 Charlie Sheen—or as some may know him as: Carlos Estevez—made a startling announcement yesterday while on NBC’s Today Show telling the world that he is HIV positive.

While appearing in a sit down interview with Today Show’s Matt Lauer, Sheen revealed that he has been HIV positive for the last 4 years. While shocking, the announcement has been alluded to by gossip sites for the past several months.

Last month, the 50-year-old actor was linked to story posted on RadarOnline which elusively states a “notorious Hollywood womanizer” has been hiding a “deadly health crisis.” The article never stated Sheen’s name but set off a firestorm of speculation that ultimately linked Sheen as the actor mentioned.

Also, according to RadarOnline Sheen allegedly paid off a former female sex partner after he exposed her to the virus. It is also rumored the star also allegedly has several lawsuits against him.

While Sheen didn’t confirm any of these rumors, the actor did say in his interview his announcement is his response to end the series of attacks he endured by gossip magazine and sites.

“I have to put a stop to this onslaught, this barrage of attacks and of sub-truths and very harmful and mercurial stories that are about me, threatening the health of so many others that couldn’t be further from the truth,” said Sheen, talking about is motivation to announcement his HIV status.

Since his diagnosis, Sheen has stated that he has only told people he believed he could trust and has even paid up to 10 million dollars in order to keep his status private. Among those who Sheen has said he has told is his oldest daughter and ex-wife Denise Richards.

Sheen also mentioned how he’s only had sexual relations with two people without protection after his diagnosis but assures that they were informed and he hasn’t been involved in extreme, hazardous behavior since.

To find out more information regarding HIV/AIDS click here and become informed.