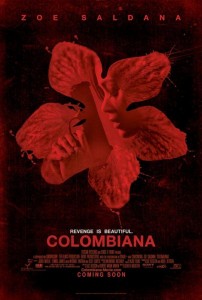 The Chalmette man and “Colombiana” actor whose body was pulled from the Mississippi River earlier this week drowned, the Orleans Parish coroner’s office said Friday.

An autopsy found no signs of trauma to Michael Showers, 45, said John Gagliano, the coroner’s office chief investigator. Toxicology tests for drugs and alcohol are pending.

The captain of the Steamboat Natchez spotted Showers’ body floating in the river between the St. Louis and Toulouse street wharfs Wednesday about 11 a.m. Showers had been reported missing from St. Bernard parish a day earlier.

The coroner’s office said Showers likely was in the water about two days before he was retrieved.

Showers’ girlfriend, Melinda Carlos, last saw Showers when he left the couple’s Chalmette home Monday go to a gym with a friend named “Joe,” according to a missing person’s report filed with the St. Bernard Sheriff’s Office. Carlos reported Showers missing Tuesday evening after she could no longer contact him on his cell phone and he failed to arrive home the night before.

The Sheriff’s Office on Thursday evening said it was looking for a man who was last known to be with Showers Monday. Carlos told deputies she did not know the man Showers was with.

Showers, whose acting credits include rolls in AMC’s “Breaking Bad,” the film “I Love You Phillip Morris” and the upcoming “Colombiana,” suffered from depression and anxiety and was diagnosed in March with multiple sclerosis, Carols told deputies in the report.

In “Treme,” Showers had a minor recurring role as New Orleans police Capt. John Guidry, a cop who was involved in investigating the murder of the real-life Helen Hill, who was killed in 2007.

David Simon, the HBO drama’s creator, said Thursday Showers’ role as Guidry was to continue in season three, which will air in the spring.

A Statement from the National Hispanic Foundation for the Arts
George Lopez vs. Erik Estrada: They’re At It Again
Translate »