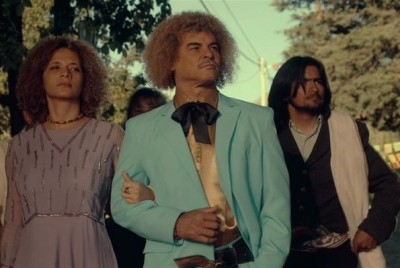 They went to two World Cups with Valderrama in midfield as the quarterback. The highlight of that era was the 5-0 thrashing of Argentina in Buenos Aires in a crucial 1993 World Cup qualifier.

News comes out that a river with Magic water that grows hair for those who bath in it gets his attention. He attempts to make a fortune but who steps in. None other than the Mayor of the town, “El Pibe.” Another oddity is Elvira Redondo, Pibe’s wife in real life who plays his wife in the film. Will wonders never cease. Will a hair care product contract soon be on the horizon?

The Passing Of Comedy Icon Joan Rivers
Is Facebook More Addicting Than Cigarettes and Alcohol?