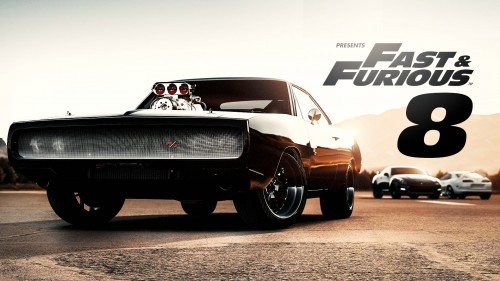 While the Fast & Furious franchise is continuing to grow as its next installment is currently being filmed in Cuba it may be a joy to some of the film’s fan but an upset to some Cuban residents.

Earlier this month, the 8th installment of the Fast & Furious series began filming and is said to be the film series first of the final trilogy of films that will conclude its run and send the franchise’s main characters off with a bang. And sadly, with Paul Walker passing thus the film giving his character a bittersweet sendoff from Fast & Furious 7 the film series finds a new addition to its cast in Charlize Theron.

And much like the excitement of the film series itself, the residents of Cuba are becoming excited as well by the grand film production that has appeared in the Caribbean country. Since production began and seemingly has taken over the island, the Havana neighborhood named Vedado located in Central and Old Havana is experience havoc with its daily commuter routine due to unusual traffic jams and groups of curious onlookers thanks to the film’s presence.

Fast & Furious is the first major U.S. film production to be shot in Cuba in over 50 years since the embargo was lifted, and it is not without notice. Barriers have been built keep in order to keep curious onlookers separated from the set, crew members, and as well. And thanks to these barriers local motorists are not exactly experiencing the same level of excitement as others.

“This has never happened before,” said Yani, a state worker who describes how since the major streets are closed off she has to find alternate routes just to get around, adding that it has been “a nightmare.”

According to some of the Central Havana residents, the once tranquil neighborhood is no longer there due to the presence of the traffic jams to civilians and the press trying to capture the film’s activity despite being denied access.

“It’s really crazy. There are many people complaining because they’re arriving late to work, sometimes they don’t announce where the filming will occur … but Cubans are adapting to it all,” said Alain, a Havana resident who, like many others, tried to find a spot in Malecon—one of the streets in Havana—in order to see the film being shot.

For a film series that is renowned for displaying some of the hottest and latest vehicles in spectacular car racing and high-tech action scenes, it comes as no surprise that Cuba was selected as a filming location.

If you were to walk down a street within a Cuban city, you can expect to find quite a few antique 1950s U.S. autos parked alongside a couple of curbs.

The 8th installment of Fast & Furious is set to hit theaters in 2017.