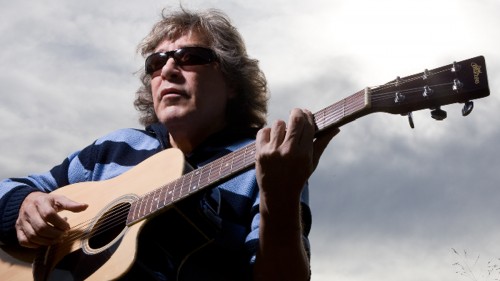 It was 1970 and a blind musician who had already made waves by singing an alternate version of the Star-Spangled Banner would record a song that would stand the test of time and continue to be one of the most recognized Christmas songs ever. And it was not an English song.

“Feliz Navidad” was covered by many artists, but Jose Feliciano, from Lares, Puerto Rico, blinded by congenital glaucoma and originally an accordion player until his father presented him with his first guitar in a paper bag, was destined for greater things.

He made The Doors “Light My Fire” his own leading to two Grammy Awards in 1969. But a year before, in Tiger Stadium, during the Vietnam War protests, he sang the National Anthem in a slow, Latin jazz style which caused great controversy.

The irony is that Jose released his Christmas album two years later. The album of the same name, called “Feliz Navidad.” What makes it special is that this spanish version of “Merry Christmas” is one of the most played and downloaded songs of the holidays. ASCAP recognizes the song as one of the 25 most-played Christmas songs worldwide.

“I never would have thought that I would have created a monster with this song.”

Not bad for a blind singer who did it his own way.

“Every year it becomes bigger and bigger,”

Feliciano mentioned before a BB Kings performance earlier this month,

“Usually songs fade away after a while.”

But for Feliciano, it has defined his career at a time where good will is the most highlighted at any time. He is touched by its effect and continues to surprise with each passing year.

“If it brings joy to your heart, the song has done what it is supposed to do.”

Feliciano explained. In a year where race became the issue of the year, Jose reminds us that a bi-lingual heritage brings America closer to that which it proclaims itself to be, a unified multi-cultural nation.