J-Lo and Puffy: BACK TOGETHER?!

J-Lo and Puffy: BACK TOGETHER?! 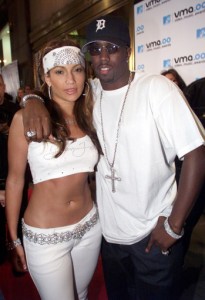 MediaTakeOut is reporting that everyone’s favorite couple — J-Lo and Sean “Puff Daddy/P. Diddy/Diddy/Howdy Doody” Combs — are back together!

According to an EXTREMELY RELIABLE MediaTakeOut.com snitch, Diddy and Jennifer had all but BROKEN OFF communication when their relationship ended nearly a decade ago.

But, the insider claims, Jennifer REACHED OUT to Diddy late last year – when she realized her marriage to Marc Anthony was NOT WORKING.

The insider, who is CLOSE TO DIDDY, told MediaTakeOut.com, “[Diddy] was not expecting Jennifer to call him. They hadn’t spoken in years, and all of a sudden, she’s calling and texting.”

But it wasn’t just CALLING and TEXTING, our insider claim that on AT LEAST TWO OCCASIONS, Diddy and Jennifer actually PHYSICALLY MET UP!! And while they can not say whether or not anything POPPED OFF between them . . . you can decide what YOU THINK happened.

Anyways – J Lo and Diddy kept in contact for months and last week, we’re told that the two WENT ON A DATE!!!

According to one person who was THERE AND SAW IT, “Diddy came in quickly and immediately went to the private area . . . about 20 minutes later J Lo went in. I was in shock.”

Christina Milian and Snooki on Dancing with the Stars?
PHOTO ROUNDUP: Sofia Vergara at the “Smurfs” Premiere!