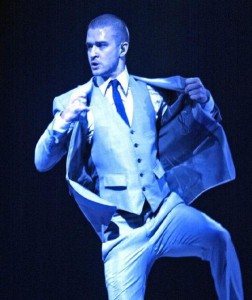 Justin Timberlake (pictured) and Jay-Z are set to rock Yankee Stadium on July 19.

The summer concert will be stop No. 2 of 12 of the rapper and R&B singer’s Legends of the Summer tour, which commences on July 17 at Rogers Centre—home of the Toronto Blue Jays—in Toronto.

Performing at Yankee Stadium will be a first for Timberlake, of Memphis Tenn., but for Brooklyn native Jay-Z, born Shawn Carter, it’ll mark his third such concert date at the home of the Bronx Bombers. He and fellow rap icon Eminem had a two-concert run at the venue in September of 2010 as part of The Home & Home Tour.

Fans interested in gaining early access to presale tickets—available on Wednesday, Feb. 27—are encouraged to click here. All presales end at 5 p.m. ET that day. Ticket sales to the entire public for the non-New York concerts begin on Feb. 28. As it concerns the concert at Yankee Stadium, a date in which tickets will be made available to the public has yet to be announced.