Born on April 28, 1981, in Pomona, California, film actress Jessica Alba comes from a diverse background. Her father is Mexican-American and her mother has Danish and French roots.

Jessica Alba’s, the Honest Company, a four-year-old consumer-products start-up in Santa Monica, California, that wowed the tech community with a $1.7 billion valuation and over 500 employees.  “We hire a lot of people right out of college,” says Alba, whose current age, 34, makes her older than the office average.

Director James Cameron, a movie industry giant, gave Alba her big break in 1998 when he cast her as the lead in the short-lived TV series Dark Angel. He isn’t shocked by Honest success: “If you went back to the day I met Jessica and told me, ‘This girl is going to build a billion-dollar company,’ I would’ve said, ‘I believe it.’ ”

Alba’s father, Mark, was in the U.S. Air Force and moved the family to Biloxi, Mississippi, and Del Rio, Texas, before settling in Southern California, where he started a real-estate company. Her mother, Cathy was a sort of jack of all trades, she was the manager of a movie theater; she went to cosmetology school; she was a bartender, waitress, and then managed Alba. Cathy began working at Honest a couple of years ago and trains retail partners as a senior brand educator.

As a child Alba suffered from asthma and allergies, that landed her in the hospital often, and instilled in her a burning desire to do something special in this world. At the age of 12, she become a devout born-again Christian. “I was seeking my purpose, in this world. This lasted until she was 17, when, she says, she was turned off by the boundaries and labels set by fellow churchgoers. That year, she attended an acting workshop in Vermont and “fell crazy in love with a cross ballet dancer who had a baby and was bisexual. I was like, ‘There’s just no way he’s going to hell!’ ” Acting opened her to a new world of creative people and a community where she belonged. “I felt like, at the end of the day, God is love and everyone is human.” 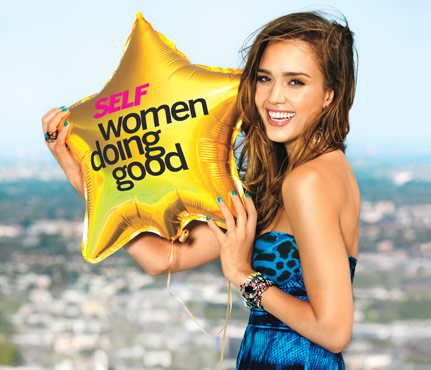 Jessica is very much into philanthropy, supporting the following organizations: