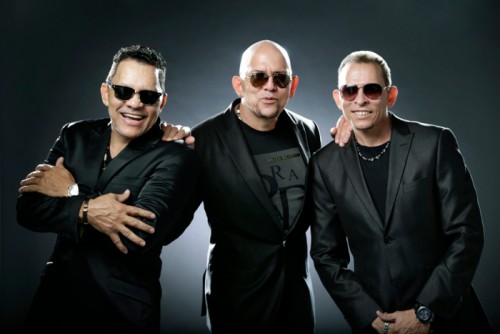 Los Hermanos Rosario is one of the most important musical groups of the Dominican Republic. They have been true icons of merengue music, topping charts for 38 consecutive years and winning multi-generational fans.

Tony, Luis, and Rafa Rosario bring the best of merengue music to their millions of fans. Their sound is constantly renewed thanks to the group’s adaptability, and its members have seemingly defied the laws of time: The brothers look younger and in better shape now than on May 1st, 1978, the day the band was officially formed.

This has been a long, hard road, the brothers confess to LatinTRENDS, in which they have fallen and gotten back up as many times as it has been necessary. Creating merengue for the new generation has been a labor of love, discipline and respect for the audience.

→Unity and brotherhood has been the key to success for this group. They were raised by a father who was a shoemaker and a mother who performed odd jobs cleaning in the town of Higüey. Amid economic shortcomings and a total of fourteen siblings, they never really felt the scarcity because they were too busy having fun being kids and dreaming of becoming musicians. 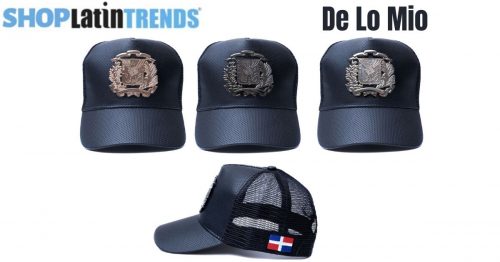 →Despite the ups and downs, they have managed to stay on top. Some of those downs include the murder of their brother and musical director Pepe Rosario in 1982 and the exit of one of the brothers from the group, Toño Rosario. “Toño was very restless. This has always been his personality. We arrived to Puerto Rico, and he immediately fell in love with this girl [Ivette] Cintrón and wanted to form his own band.” Fortunately, the downs always ended up making the group even stronger.

Today, Los Hermanos Rosario enjoys a special place in the history of merengue music.  They understand that his group and old merengueros have worked hard to keep merengue popular, and says that it is now up to the new generation to do their part and keep the rhythm of the Dominican Republic alive.

LT: What is your favorite music group?

LR: We love our brother Toño Rosario, and Eddie Herrera is also doing a very good job. Johnny Ventura, Sergio Vargas and Fernando Villalona keep working. Peña Suazo and Kinito Méndez also work hard to keep our merengue alive. And Joseíto Mateo should be included in the Guinness Book of Records because he is still singing merengue at 96.

LT: What is your biggest concern about Dominicans on the island and Dominicans in the U.S.?

LR: I am concerned about the lack of education and the crime rate in the Dominican Republic. Dominicans in the U.S.A. have overcome a lot in recent years, and I am very proud of our people. We have many Dominicans studying in the most prestigious universities and featured in politics, business and art.

LT: Do you think Dominicans are united as a group?

LR: Yes, we are who we are thanks to the support of Dominicans in all the countries we’ve visited. We travel, and Dominican entrepreneurs provide a source of constant employment for our people.

LT: Who is the most handsome Rosario?

LT: And the ugliest?

LR: Toño is so ugly that he calls himself “El Cuco” (“The Boogeyman”) [laughter].