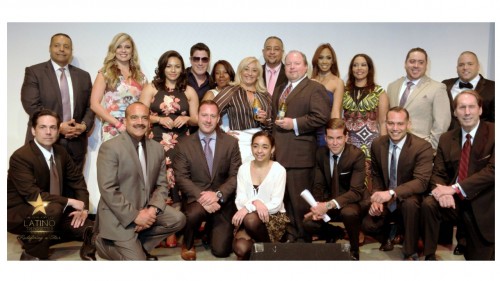 Juan Guillen, founder & CEO of LatinTRENDS said (holding one of the awards) “ This award is heavy, made out of steel and marble, the heaviness of this award represents the struggle that many of us have or are going through, however the weight of this award reminds me more of progress…the progress which comes from overcoming our struggles. Trendsetters are not focused on the struggle or the challenges, trendsetters are focused on progress! Let’s all celebrate success tonight and every day. God bless America!”

The awards concluded with a special Flamenco performance by Espiritu Gitano, featuring Barbara Martinez and Sol la Argentina. The event was sponsored in part by:  New York Presbyterian Hospital, Inca Kola and CUNY and it’s media partner were; La Mega 97.9 and Amor 93.1

The Latino Trendsetter Awards and Scholarship Event ensures that the awards will create a long term legacy of celebrating and supporting today’s most influential trailblazers within the Hispanic community.