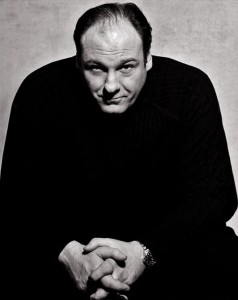 “Sopranos” star James Gandolfini, 51, died of a heart attack in Italy on Wednesday.

New Jersey character actor James Gandolfini, widely known for portraying Tony Soprano in the HBO series “The Sopranos,” died of a massive heart attack in Italy Wednesday. He was 51.

Gandolfini had been vacationing in Rome at the time of his passing, according to CNN.

For his role as the New Jersey-based Mafia boss, Gandolfini, the son of Italian parents, raked in a ream of honors, including three Primetime Emmy Awards for Outstanding Lead Actor in a Drama Series (2000-01, ’03) and a Golden Globe Award for Best Actor-Television Series Drama (1999).

While “The Sopranos” ended its run in 2007, Gandolfini remained active in show business, appearing in the Broadway play “God of Carnage” in 2009 and the war film “Zero Dark Thirty” as former CIA director Leon Panetta last year. He also co-produced the 2012 HBO film “Hemingway & Gellhorn,” a 154-minute feature that focused on the relationship between war correspondent Martha Gellhorn and author Ernest Hemingway.

Born James Joseph Gandolfini, Jr. in Westwood, N.J. on Sept. 18, 1961, the 26-year acting veteran is survived by his wife, Deborah Lin, their daughter and a son from his previous marriage to Marcy Wudarski.