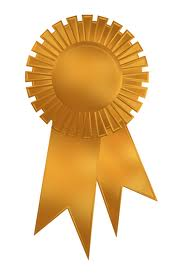 It is easy to find talent among a group of people, but it is harder to find really good talent that captures the essence of the overall perspective. Some writers have this natural talent and can dig deeper into a particular topic and write something that is very compelling.

Annually given, the James Aronson Undergraduate Award for Social Justice Journalism is an award that, “honor original, written reporting that brings to light widespread injustices, their human consequences, underlying causes, and possible reforms.”

This year’s recipient was given to Angely Mercado, a senior at Hunter College in New York. One of Mercado’s stories, Hunts Point Landlord Forcing Out Tenants, the judges had cited and also, her stories mirror around, “exposing the struggles of residents against landlords, management companies and private equity groups that prioritize profit at the cost of safe and sanitary living conditions in the Hunts Point area of the Bronx.”

Mercado has written for The Hunts Point Express and interned for the Mott Haven Herald.

Other award recipients were David Carr for career advice and Andrea Elliott for her series chronicling the life of a homeless 11 year old girl in New York.

Cuatro De Mayo with DJ Camilo, DJ Toro and Alex Sensation
From Pay Phone to a Wi-Fi Spot?
Translate »
%d bloggers like this: