ROBIN LOPEZ PROVING HE IS NOT HIS BROTHERS SIDEKICK

ROBIN LOPEZ PROVING HE IS NOT HIS BROTHERS SIDEKICK

The New York Knicks going into the 2015-16 season was stripped bare with only one star, Carmelo Anthony. But GM Phil Jackson started replenishing the cubbard and found names that were not famous, but familiar to NBA knowledgeables.

Robin Lopez, of Cuban descent, has turned out to be such an example. The 27 year old twin brother of the more known Brook Lopez, of the Brooklyn Nets, is playing a stellar center for the Knicks, his fourth team.

He is a terror for NBA mascots and a comic book enthusiast who also did Theater productions in his college days at Stanford University. But its the hardwood where his best work can be seen. 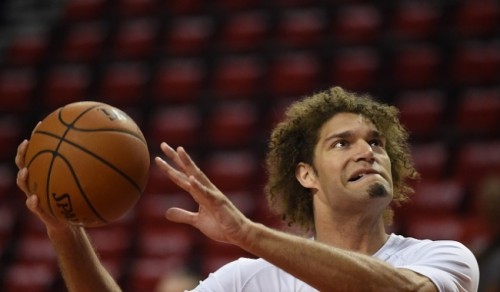 Robin, whose wild hair and height is hard to miss, is putting in the production. He is averaging eleven points and nearly six rebounds per game for a Knick team who has surprised the league thus far at 4-4 and are on pace to smash their mere seventeen win total last season, the worst in franchise history. Robin has had a significant impact as his no nonsense attitude has forged a toughness to balance the style of Anthony.

In one contest he lost his shoe after a rebound but continued playing for a minute without requesting any timeouts. He is contributing a mindset that confirms Robin is not the second best Lopez and no mere sidekick.