Banning Live Animals at the Circus?

Banning Live Animals at the Circus? 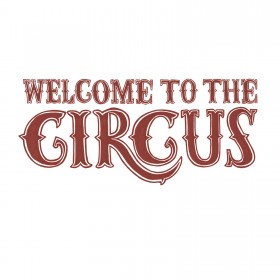 When you think of a circus, what comes to mind? The trapeze acts, musicians, hoopers, tightrope walkers, jugglers, unicyclists, clowns, the trainer, and of course live animals are some of the few things that come to mind. Yet, if you miss one of the components to the circus, what happens?

One thing that you will not be seeing very soon at circuses in Mexico City, Mexico is the use of live animals. Would this ban still make a circus, a circus? Most would argue that it would be and others would that a circus is not a circus without the animals.

Mayor Miguel Angel Mancera of Mexico City, Mexico, is the one that has to sign off on the bill before it becomes law. According to other news sources, the law was approved and “prohibits the use of live wild or domestic animals during the staging of circus performances.” Further, the Federal District Legislative Assembly has already approved the Law on the Staging of Public Shows.

Interestingly, the law only bans the use of wild animals in circus, but not in dolphin shows, theater shows, among others, and any other show that has animals. In this case, the law would prohibit the circuses from presenting, selling or using live animals as prizes.

The essence of a circus comes from who performs in it. After all, it is about tricks, acrobats, and suspense. Without key players involved, what would the act be considered? A play or something else?

It appears to be that the government is trying to take away something that yes, is potentially dangerous, but what makes a circus unique. Banning the live animals from the circus would ruin the fun, excitement and overall originality of what a circus is all about.