‘Sons of Anarchy’ returns to FX with a Latino Twist

‘Sons of Anarchy’ returns to FX with a Latino Twist 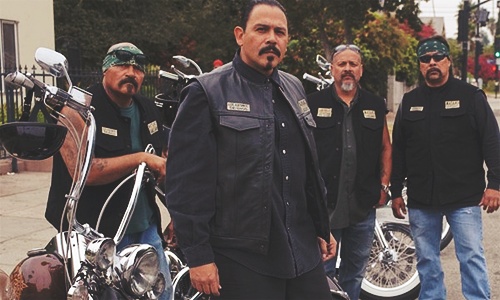 Back in December 2014, Kurt Stutter’s hit biker gang series aired its final episode after 7 seasons. Since its end, Stutter announced just 8 months ago that he had plans to revisit the biker drama that he created and millions of fans came to love.

So now his announcement comes to life as FX has ordered a script for a spin-off to the series entitled, Mayans MC.

SOA was FX’s highest rated series during the show’s run on the network and followed the biker gang known as SAMCRO (Sons of Anarchy Motorcycle Club, Redwood Original) and its main character Jackson “Jax” Teller (played by Charlie Hunnam) rise to ultimately leading the gang and his fellow bikers.

In a recent interview about the series, Stutter will work on the series with Elgin James in co-producing the series.

“I wanted to find a strong, unique Latino voice. Because I didn’t think a white guy from Jersey should be writing about Latin culture and traditions—Elgin is that voice,” said Stutter.

James could be a good source for the upcoming series considering the hardships he has had to overcome in his own life. Homeless as a teenager, James found himself forming his own street gang that reportedly targeted Neo-Nazis & Drug Dealers.

After spending more than 15 years in the gang, James eventually left the gang and traveled to Los Angeles where he entered the Sundance Institute Feature Film program and got his start in the film industry.

James made his directorial debut at the 2011 Sundance Film Festival for the film Little Birds which starred Juno Temple & Leslie Mann.

However, a few months after his debut James began serving time in prison for a past gang-related matter. But despite the brief stint in jail, once out James continued what he started in Hollywood and is now branching into the small screen.

On the original series of SOA, the Mayans MC bike gang was led by Marcus Alvarez who was played by Emilio Rivera. No word yet on if Rivera will appear on the series as a regular.