Oscar Emilio León Somoza, better known as Oscar D’León (born in Caracas, Venezuela on July 11, 1943) is a Venezuelan musician who became internationally famous for his salsa music. In Spanish, he is known as El Diablo de la Salsa (“The Devil of Salsa”), El Sonero del Mundo (“the Son Singer of the World”) and el Faraón de la salsa (“the pharaoh of salsa”). His most famous song is perhaps “Llorarás,” which he recorded in 1975 with his group La Dimensión Latina. He is also ambassador for Operation Smile.

Oscar performing one at one of his thousands of live performances, singing his classic. ” Que Bueno Baila Usted”fg

Oscar D’León was a long-time resident of the Parroquia Antímano section of Caracas (his father was a laborer at the neighborhood cemetery). He had a strong interest in percussion ever since he was a child, improvising bass parts with his throat while playing Latin rhythms with his hands on any available surface. He got in trouble in school early on for doing this constantly. He then took interest in the upright bass (he learned the instrument on his own), and would eventually alternate in jobs as an auto mechanic, assembly line worker or taxi driver (during the day) and bass player (at night) for local conjuntos [literally means an “assembly”, but represents a small musical band popularized in Cuba, whereby musicians on bass, guitar, and percussion would all sing local folk songs]. 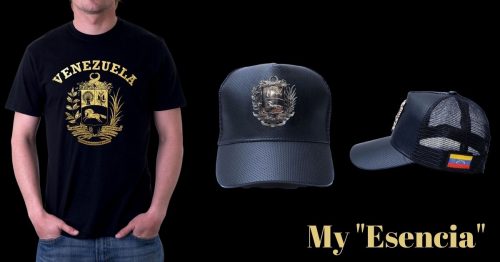 As he acquired a reputation for being a solid bass player, clever improviser (he would improvise entire songs on the spot), humorous entertainer and dynamic singer (he used to dance with a double bass onstage while singing, a not-so-subtle physical feat), he founded orchestras such as La Golden Star and music groups such as Los Psicodélicos. Together with percussionist José Rodríguez and trombone players César Monge and José Antonio Rojas, he formed La Dimensión Latina in 1972.

Four years later, D’León quit the group and created La Salsa Mayor. With La Salsa Mayor he recorded the merengue standard “Juanita Morell”, a version that became a radio hit in Puerto Rico. He later founded La Crítica in 1978 in memory of the legends of Cuban Rumba, such as Miguelito Valdés. For a while, D’León would alternate singing with both orchestras, giving him enough flexibility to stay working constantly.

Oscar performing the song that makes everyone dance! “Lloraras”

During the 1980s, D’León achieved success in salsa music, becoming one of the most successful singers of Caribbean music worldwide. In 1982 he visited Cuba. His visit was a major cultural event in the island country. Since local tastes in music had veered away from the traditional sounds of Cuban music (in part because many of the major Cuban stars of the past had either passed away or were living elsewhere in exile), D’León’s “retro” style of music became very popular among Cubans of all ages.

Meanwhile, he got tired of carrying around his double bass, “and opening the case at baggage claim on the airport only to find it reduced down to toothpicks.” Therefore, he gave up playing a bass onstage. He also started shaving his head regularly, as to not bother with alopecia any longer. He would, however, never shave off his trademark moustache.

Because of successful tours throughout America and Spain, D’León was the first latino to sign a contract with the BBC. He has also performed in Japan, where he shocked a television host by heartedly recommending sexual intercourse as the key component of a healthy lifestyle during a live interview.

Oscar D’Leon has undertaken charity work, and has traveled to Colombia to aid “desplazados” (people seriously displaced from their homes, land, or work due to guerrillas, paramilitaries, or the government). He has a wife and several children who are all musically talented like their father. His son Yorman plays with him in his band and has even recorded with Oscar in the studio. They sang the song “Padre e hijo” together on Oscar’s 1992 album titled “El Rey De Los Soneros”. His other son Jimmy sings and plays bass, while daughter Irosca plays piano and dances. His daughter Adiaroz has shown signs of talent as well.

In 2003 Oscar D’León suffered 3 heart attacks while performing in a festival in Martinique: one while onstage and two more at the hospital. According to D’León’s physician, high cholesterol was the culprit. On Dec 20th 2009, he suffered yet another heart attack, but he has since recovered.

Polito Vega and His Legacy of 50+ Years in Radio
What You Didn’t Know about Alejandro Sanz
Translate »
%d bloggers like this: