TOBY LOVE: “BACHATA IS THE BEST”

TOBY LOVE: “BACHATA IS THE BEST” 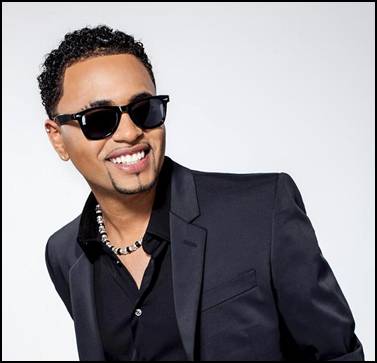 Toby Love has had a good three year run with two number one songs in the Tropical charts and several nominations for the upcoming 2015 Juventud Awards on March 27th. It has been an impressive peak from recent valleys and Toby, who sees himself as the “underdog” can point to a major reason, control.

“It’s the fans. Also I am on an independent label now, I have more control when it comes to my music.”

It’s easier now because I’m the one who decides. I’m in a better place now.”

Social media continues to work for those artists who know how to make it work for them. Toby has reaped the rewards for example as he is up for “Ringtone of the Year.” To that end Toby is releasing an APP for this fans as well which is being earmarked for iphones and android and will be called “The Toby Love” app. The fans will be exposed to new platforms and web episodes and everything Toby.

“I’m trying to get my hands on everything, trying to take music to the next level, anything new that I can bring it to the forefront.”

“People want to know what your doing.” 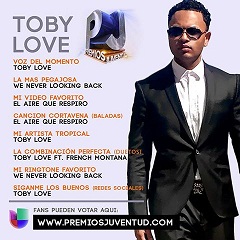 Toby is pushing a new album this summer and with colloborations with artists like French Montana and “Fuego”, Toby’ career appears to be heading in the proper direction. He is excited about the possibilities. “Grand things. I will be visiting Europe for the fourth time this year, releasing new video in the Dominican Republic, and then an east coast tour. We will be in a town near you.”

What makes Toby so engaging is his honesty about the business without sounding bitter. But in one area he was straight to the point. Bachata, in it’s newer form has taken Latin music by storm the last few years and Toby shared his thoughts.

“The biggest Latin artists in my opinion are Bachata artists. My brother Hector, Romeo Santos, myself and Prince Royce ”

“The movement is still growing cause the youth loves this. As long as it re-invents itself and colloborates with other artists, like my duet with French Montana, that breaks barriers and brings in new fans.