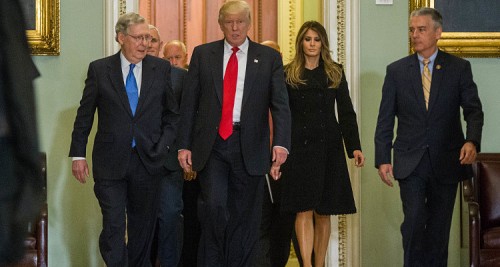 It was Ronald Reagan who initiated a move that signaled the beginning of Latinos as being a true guest at the American dinner table. It was in 1988 that Lauro Cavazos was named as Secretary of Education. He was the first Latino to ever serve on a Presidential Cabinet.

Ever since Latinos have been represented on the cabinet boards reflecting the steady progress made in this country with Barack Obama selecting six in his two terms. But now there remains one position on Trump’s cabinet, the Agricultural department.

You have a situation where a Latino will either head a single department which may be viewed as a step back or none at all which would be a total regression. A statement that will speak volumes about the incoming President’s view of 27% of his population.

The past election implied that a Latino President was on the precipice of happening. Not only was that dashed in the wake of the Trump truck that ran over Ted Cruz and Marco Rubio, but any significant voice has been silenced for the next four years. During this time Latinos will suffer the role of a child. They will be seen but not heard. Latinos will have to ask themselves the hard questions as they ponder what went wrong.

3 Things We Can Learn From Dying Hospice Patients

SELENA GOMEZ HAS FUN WITH THE WEEKND
Why I am proud to say: “I Am Hostos”!