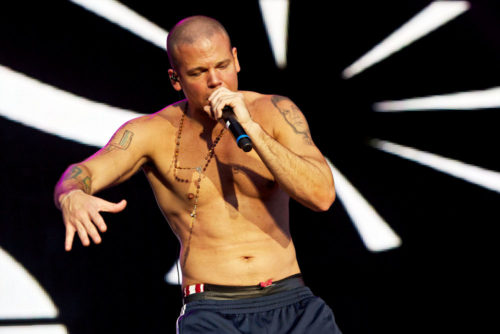 Calle 13 likes to blend different musical styles like reggaeton, rap and rock. While other Latino groups tend to stick to the format, Calle 13 likes to buck tradition. The group is known for using a wide range of instruments from all over the world and using provocative, tongue-in-cheek as well as socially conscientious lyrics.

Everything sounds the same on the radio…but what we are making is sincere, and I think that’s worth something.”

The band also takes on social issues facing Puerto Ricans, Latinos and people all over the world. As the frontman of the band, Residente has no problem vocalizing the group’s stance on certain topics concerning music, politics and discrimination.

The siblings are big supporters for and independent Puerto Rico, Pérez is an ally of the LGBTQ community, and the brothers go out of their way not to make music about violence, misogyny and materialism.

I want Puerto Rico to be free and independent and have just one flag. The people here don’t work the way they should, and it’s because of the comfort they are feeling from you guys, from the States. We have a very low self-esteem. We feel that we can’t do it on our own. We as a country need to feel proud about our nation.”

I want  the world to know the name Oscar López Rivera.