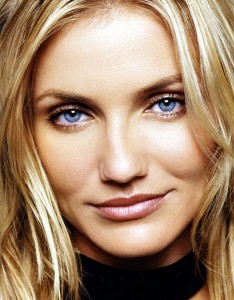 Cameron Diaz was born on August 30, 1972 in San Diego, California. The daughter of Emilio Diaz, a second-generation Cuban-American oil company foreman, and his wife Billie, who is of Native American, Italian, and German descent, Diaz began modeling when she was 16 years old. Her successful modeling career took her to Japan, Australia, Morocco and Paris, among other locales, and landed her in such magazines as Mademoiselle and Seventeen as well as advertising campaigns for companies like Calvin Klein, Coca-Cola and Levi’s.

Cameron is an advocate for female empowerment, she inspires women to take control of their bodies. In The Body Book, written by Diaz, women can find the resources they need to build a healthier body so they can live happily for the rest of their lives. She has also been an ambassador to support an international campaign that raises awareness for UN Women’s gender equality and women’s economic empowerment programs globally.

I love participating in things that mean something. I make movies because I want people to feel and laugh and have fun and learn about themselves and learn about other people. Says Cameron

Personal Life (relationships)
In addition to her work onscreen, Diaz is often in the news for her personal life. Diaz’ five-year relationship with video producer Carlos de La Torre ended in 1995. She dated her There’s Something About Mary costar Matt Dillon from 1996 to 1998, and Diaz later became involved with actor Jared Leto in 1999. The couple broke up in 2003, and she started dating singer Justin Timberlake. Diaz and Timberlake dated for several years before calling it quits in 2007. She has also been linked to Yankees third baseman Alex Rodriguez. Diaz began dating Good Charlotte’s Benji Madden in May 2014 and was engaged to the rocker that December. In a whirlwind move, the pair tied the knot on January 5, 2015 at Diaz’ Beverly Hills home. Drew Barrymore and Nicole Richie were two of her bridesmaids, along with her sister Chimene Cain and assistant Jesse Lutz.

(2) Q & A from Harpers Bazar Interview

What is the biggest realization you’ve had about yourself after turning 40?

That as you get older, your body changes in so many little ways. It doesn’t react the same way that it used to. I don’t get the results that I used to as easily as I once did. Now I look at myself and I realize, “Oh, right. I’m in this time now in my life where I have to be thoughtful. If I slack off, things don’t come back so easily. I have to be committed.” In part that’s what my new book, The Longevity Book, is about. But just like everybody else, I’m more and less disciplined at various times based on what’s going on in my life.

Which trend has enjoyed too much longevity?

Fun Facts
Snoop Dogg also went to that high school the same time Diaz was there. The rapper has said, “She ran with my homegirls, all my little cheerleading homegirls” and that “she was fly and she was hip.” Meanwhile, Cameron said “he was very tall and skinny. He wore lots of ponytails and I’m pretty sure I bought weed from him” during an interview with George Lopez on ‘Lopez Tonight’ in January 2011.

Diaz says she loves a good rare piece of steak and greasy french fries as one of her favorite foods to indulge on.

A little unknown fact about Cameron Diaz is that she has has ADD, or attention deficit disorder, which can make many sufferers unable to focus on one task for a prolonged amount of time. She told OnTheRedCarpet.com in January 2011: ‘I have no interest in directing movies or producing movies. I like my role in making films. It’s the perfect amount of involvement for me. I have ADD. I would never be able to spend two years making a movie or even one year. I would just, I’d be someplace else within a few short moments.

She loves to play extreme sports, even if it means getting hurt! She broke her nose in a surfing accident in Hawaii in 2003 and has reportedly suffered four broken noses.

Cameron Diaz is a bit of a germophobe. In an interview with Time magazine in 1997, she admits to scrubbing her Hollywood home scrupulously and washes her hands many times. She also uses her elbows to push open doors.

In 2003, she became only the third actress to have earned $20 million for a single role, in the film Charlie’s Angels: Full Throttle

Cameron Diaz told Maxim magazine in a June 2011 interview that her favorite word is ‘sex,’ adding: “Just the word is sexy to me. There’s something to it.” 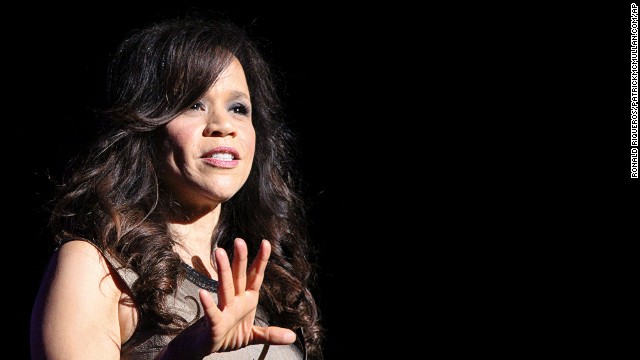