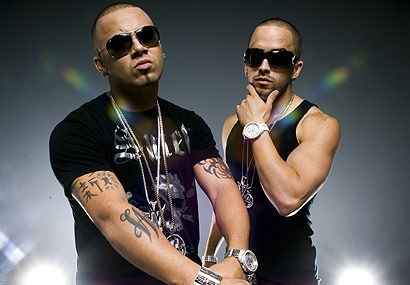 Rumors are floating around that the reggaeton duo Wisin Y Yandel are splitting up! Please say it ain’t so! Rumors were heightened over the weekend when Don Omar announced the split at his concert saying “Welcome to this new facet as a solo artist, brother.”

Wisin Y Yandel’s manager Jennifer Nieman denied the rumors and stated “They are still solid as a duo. I don’t know Don Omar and I don’t know why he said that, I don’t know what he was thinking in that moment. I have never spoken with him. What he said was not planned.” “The only thing I could answer is what I know and is you are asking me that as a duo they have broken up the answer is no,” Nieman continued. “They are solid as a group and each of them also has their individual projects going on as well and they mutually support each other.”

Wisin y Yandel’s publicisit confirmed two concerts scheduled through the end of the year as well as a publicity tour coming up throughout Latin America and the United States.

What was that all about Don Omar? Do you believe the duo are splitting?