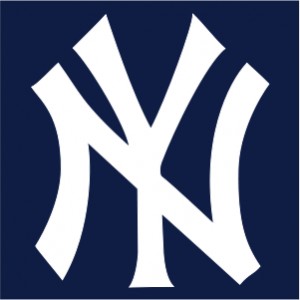 The Yankees will hold summer camps in the Tri-State Area this summer.

The New York Yankees today announced that New York Yankees Summer Camps will take place in the New York tri-state area beginning the week of June 24, marking the second consecutive year they are being offered. Sessions will run on a weekly basis in various locations throughout the tri-state area through August 23. In New York, camps will take place in White Plains, Somers, the Bronx, Rye, Tarrytown, West Nyack and Old Brookville. In New Jersey, camps will be held in Verona, Paramus, Parsippany, Holmdel, Oradell, Princeton, Summit and Far Hills. In Connecticut, there will be a camp in Darien.

Yankees Summer Camps are available to boys and girls between the ages of 5 and 13, and each camper will receive a full Yankees uniform. In addition to on-field skill development and professional instruction, campers also get the opportunity to take a guided tour of Yankee Stadium.

Campers enrolled in sessions taking place while the Yankees are on the road will be given a tour of the Yankees clubhouse. Campers taking part in sessions when the team is at home will meet a current member of the 2013 New York Yankees.

Each session consists of five days of camp and costs $549 per camper.

“We offer young ballplayers of all skill sets a first-class instructional experience based on leadership and character development,” said Brendan Sullivan, Director of Yankees Summer Camps. “The combination of on-field skill work coupled with the exclusive access we offer to Yankee Stadium will make this a lasting memory for all the children who attend.”

All sessions will feature an innovative curriculum and differentiated practice drills based on each player’s grade and skill level. Additionally this year, Yankees Summer Camps will introduce video analysis for campers ages 9 and older to further enhance and personalize the instruction.

As part of the American Dairy Association and Dairy Council’s “Refuel with Chocolate Milk” initiative, 85 children from families in the Bronx will receive full scholarships to attend Yankees Summer Camp at Heritage Field, which is located on the site of the original Yankee Stadium and administered by the New York City Department of Parks and Recreation.