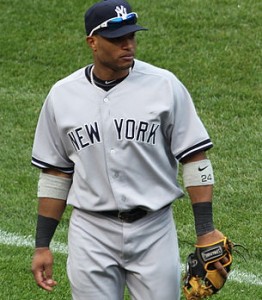 “Because of my love of sports, it was a natural progression to form a company where we can help top athletes in various sports the same way we have been helping artists in the music industry for years,” Jay-Z, born Shawn Carter, said in a statement.

Cano, a four-time All-Star, parted ways with powerful sports agent Scott Boras in order to “take a more active role in my endeavors both on and off the field.”

Added Cano in reference to his new representation: “I am confident that the pairing of Roc Nation Sports and CAA Sports will be essential in helping me accomplish my short and long-term goals. I am making this important decision now so I can keep my focus on helping the Yankees succeed in 2013, while minimizing any distractions for me and my teammates.”

Boras is widely known for negotiating Alex Rodriguez’s 10-year, $252 million pact with the Texas Rangers following the 2000 season, the three-time MVP’s last with the Seattle Mariners. Rodriguez, traded to New York nine years ago, infamously exercised the opt-out clause in his Texas contract during the 2007 World Series, after which Boras negotiated a $275 million deal that will keep the third baseman in pinstripes through 2017.

Barring an in-season extension, Cano will become a free agent at the conclusion of the 2013 campaign.