Pitbull and Tego Calderon added to roster of Megaton 2015

Pitbull and Tego Calderon added to roster of Megaton 2015

Its going to be a happening at Madison Square Garden this coming October 28th. It is then that Polito Vega’s World Megaton concert will take place. The fourth edition is infamous for its tradition of bringing elite talent together for the best Latin concert event year in and year out, SBS Entertainment and Mega 97.9FM has announced two large acts will be joining the lineup for that evening.

Pitbull, “Mr. Worldwide” has sold millions of albums and with his own label he can be considered the duet king. Like Midas, everything he touches turns to gold. The list of top artists who have worked with him says it all from Usher, Fergie, Jennifer Lopez, Chris Brown, Christina Aguilera, Shakira, Marc Anthony, and Enrique Iglesias. Pitbull performed “We Are One (Ole Ola)” with Jennifer Lopez and Claudia Leitte at the opening ceremony of the World Cup Brazil 2014 which was the year’s most-watched television event worldwide. 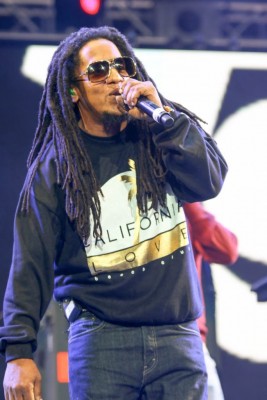 Tego Calderon, returning back from a short break and movies like “Fast and the Furious” is a pioneering figure of Reggaeton and Latin Hip Hop. Tego is not just an entertainer but a living social commentator that cannot be ignored.

Polito Vega, 57 years in the business as performer, emcee, and host is excited to bring this concert to New York where he has been known as “The King of Radio.””

“I invite you to Megaton World coming soon and this will be better than all we had before. I hereby invite everyone to come to Madison Square Garden to enjoy the Megatón.”

Other artists already on the card include Hector Acosta “El Torito,” The Rosary Dynasty, Raulin Rodriguez “The Chief” and Mozart La Para. But as we move closer to the event more names may yet be added and this is what makes his show so unique.

“SBSE return to Madison Square Garden, the most famous arena in the world to bring a quality show that deserves the status of the main radio market in the United States and is a tribute to a living legend of the radio: Polito Vega”