ALEXIS Y FIDO CALL OUT ATHLETES AND POLITICIANS ON ZIKA

ALEXIS Y FIDO CALL OUT ATHLETES AND POLITICIANS ON ZIKA 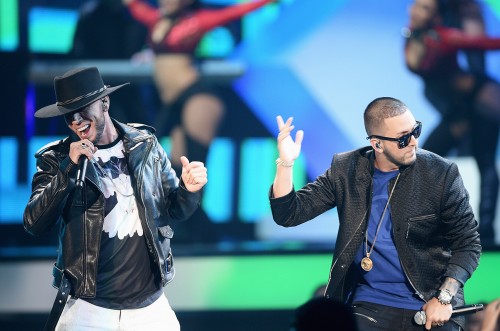 Alexis and Fido, Latin-Urban artists, fresh off a successful deal with ESPN, which featured their song called “Si No Tiene El Swing,” which will be seen on various ESPN MLB production spots throughout 2016 were in the spotlight again as they were quite outspoken about the misperceptions of Puerto Rico and the Zika virus.

They expressed their opinions on politicians and sports stars who have shared opinions on the Zika situation.

“They have to be careful with their comments because it influences the people and also can effect Puerto Rico,”

This is also in response to the negative connotations raised by many that Puerto Rico has a crisis and the Zika virus is out of control on the island. MLB recently cancelled two games planned to take place in the island and moved them to Miami, Florida in response to the fears that athletes will contract the virus and spread it to the rest of the United States.

“Comments like that that say they get sick here has no basis or foundation because no one in the world is exempt from it biting them,”

Alexis was quick to share the fact that Miami is no different in this regard and that Puerto Rico is being singled out.

“In Miami, there are a lot of cases reported of the virus as well,”

“What bothers me most is that people do not know what has happened, or the reasons,”

Well, the Reggaeton duo, known as the Pitbulls, surely came out as such in defense of their home nation. The damage that words can do when spoken without accurate information does more damage than the virus itself. Puerto Rico is a case in point.