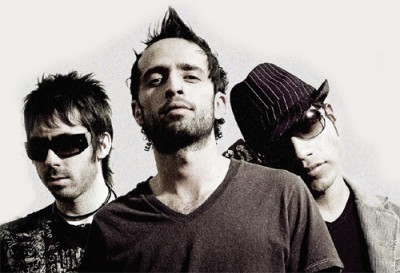 Camila’s set will be added to Sunday’s musical roster along with Florida Georgia Line and special guest Nelly, Marc Broussard, and the Dirty Dozen Brass Band. Giuliana Rancic, co-anchor of “E! News,” and Thomas Roberts, MSNBC’s “Way Too Early” will host the competition.

Soaring to the top of the charts in Mexico and beyond, award-winning composer, singer and producer Mario Domm created the leading Latin pop-rock band Camila in 2005 with guitarist Pablo Hurtado. “Todo Cambió” and “Dejarte de amar,” their two Diamond certified metric hit albums, turned the group into one of the most successful Latin American bands of all time selling more than two million copies. Songs such as “Abrázame,” “Todo Cambió,” and “Mientes,” among others, have made them big winners in the industry. The album’s popularity brought them to win three Latin GRAMMY® Awards and three Billboard Latin Music Awards coining them as one of the most awarded groups from Latin America for the last decade.

Their third studio album ELYPSE marks a new chapter of success for Camila with the new hit single, “Decidiste Dejarme.” The MISS USA telecast on NBC will be the first English speaking network the duo performs on marking a crossover for them domestically in the US.

This year, fans will have the opportunity to save their favorite contestant during the evening gown competition through a Twitter save in order to secure a sixth spot in the final question round. Viewers can tweet using #SaveTheQueen along with a keyword that will be provided on the screen during the live telecast. Rules and information can be found on www.missusa.com/rules. Fans are encouraged to get excited and show their support leading up to June 8th by using #SaveTheQueen.

The 2014 MISS USA® Competition will feature contestants from all 50 states and the District of Columbia. Contestants will be judged in three categories: swimsuit, evening gown and interview. Erin Brady, Miss USA 2013, will crown her successor at the conclusion of the three-hour telecast. For more information, visit www.missusa.com.