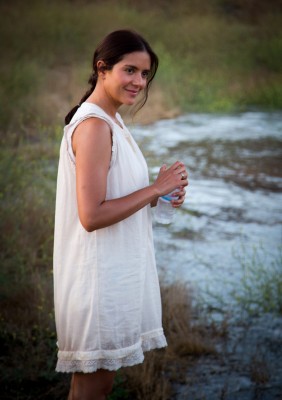 Remember Catalina Sandino Moreno? The first Colombian and third Hispanic actress nominated to an Oscar Academy Award for her starring role in “Maria Full of Grace” in 2004? Well, she recently returned to the big screen with a film that has been already nominated to multiple awards: MEDEAS, under the direction of Andrea Pallaoro.

Catalina received the best actress award at the Nashville Film Festival for MEDEAS. “It’s a film that leaves in the public many emotions: anger, despair, sadness and even impotence.” It is not a conventional movie, it is a very brave and very real story” says Sandino Moreno.

You can read the complete story and interview with Catalina Sandino Moreno in the February issue of LatinTRENDS.