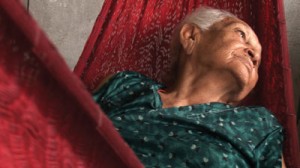 Cinema Tropical and Ambulante, the celebrated nonprofit organization created by Gael García Bernal, Diego Luna, and Pablo Cruz, have partnered with the Museum of Modern Art to present four films as part of the 10th edition of Documentary Fortnight, its annual showcase of recent nonfiction film and media. As centerpiece of this year‘s festival is Nostalgia for the Light (2010, France/Spain/Chile), from master filmmaker Patricio Guzmán, widely respected for his documentaries about Chile (The Battle of Chile, The Pinochet Case), and who will be making his first trip to New York in many years for this New York premiere of his new film. The festival’s selection also includes films from Argentina and Mexico that are part of a recent surge of powerful new work from Latin America.

In Nostalgia for the Light, Patricio Guzmán uses the observatories in Chile‘s geographically Atacama Desert, where zero humidity allows astronomers an unobstructed view of the galaxy, to examine the confluence of astronomy and history. Because the Atacama is also the stage for a number of thought-provoking circumstances, such as a climate that has preserved mummified bodies over the 10,000 years of the human existence there, and the contemporary story of women who, to this day, come to sift the sands in hopes of finding remains of loved ones who were murdered during the brutal Pinochet regime. An official selection of the 2010 Cannes Film Festival, Nostalgia for the Light has drawn critical acclaim, recently winning the “Prix Arte” for Best Documentary of the Year at the European Film Academy Awards. A discussion with Guzmán follows the screening, and he will also be available for interviews on February 21st and 22nd. An Icarus Films release, the film’s theatrical release starts on March 18th at the IFC Center, followed by a national roll-out.

The other Latin American films that form part of this year’s festival selection are Criada (2009, Argentina) directed by Matías Herrera Córdoba an emotional portrait of an 53-year-old Mapuche indigenous woman who works as a criada (raised maid) as she goes about her everyday routine; Un Día Menos (One Day Less, 2009 Mexico), Dariela Ludlow’s first feature documentary shot with beautiful cinematography is about an elderly couple in their 80s and 90s that live from day to day in anticipation of the next visit from their extended family; and El Ambulante (The Peddler, 2009 Argentina), directed by Eduardo de la Serna, Lucas Marcheggiano, Adriana Yurcovich. a film about filmmaking, The Peddler follows a man as he travels to small towns throughout Argentina to make dramatic films with the local townspeople. Dariela Ludlow and Eduardo de la Serna will travel to New York to present their work.

“We’re very excited to be partnering with the Museum of Modern Art and Cinema Tropical presenting these films as they give a good sense of the revitalized scene for documentary filmmaking in Latin America” says Elena Fortes, Executive Director of Ambulante. Established in 2001, MoMA’s annual two-week showcase of recent nonfiction film and media takes place each February. This international selection of films presents a wide range of creative categories that extend the idea of the documentary form, examines the relationship between contemporary art and nonfiction practices, and reflects on new areas of nonfiction practice.


Cinema Tropical is the premier purveyor of Latin American cinema in the United States. Founded in 2001 with the mission of distributing, programming and promoting what was to become the biggest boom of Latin American cinema in decades, Cinema Tropical brought U.S. audiences some of the first screening of films like Amores Perros and Y Tu Mamá También. Through a diversity of programs and initiatives, Cinema Tropical is thriving as a dynamic and groundbreaking 501(c)(3) non-profit media arts organization experimenting in the creation of better and more effective strategies for the distribution and exhibition of foreign cinema in this country.

Ambulante is a non profit organization focused on producing, distributing and exhibiting documentaries in Mexico. Founded in 2005 by Gael García Bernal, Diego Luna, and Pablo Cruz, emerged from a desire to share and inspire different modes of expression. Ambulante adopts an interventionist, rather than merely an expository stance, by bringing documentary films to places where they are rarely seen in order to help develop an audience that can actively participate in the re-imagi(ni)ng of a diversified media culture, paving the way for dialogue and controversy, gathering people and images, hoping to breed the capacity to gaze and think beyond borders. The organization is divided into 5 areas: The Ambulante Documentary Film Festival, Beyond Ambulante, Ambulante Abroad, The Gucci Ambulante Documentary Fund, and Distribution.