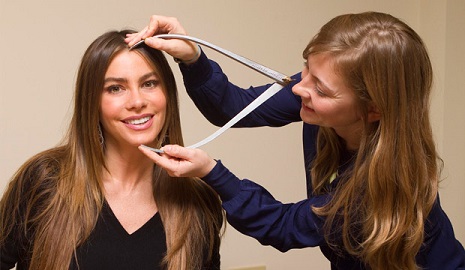 Vergara was an enthusiastic participant in the creation of her original wax figures, spending time with a team of Madame Tussauds studio artists for four months. During this time, artists took precise measurements and photos of the actress to ensure the figure fully captured her style, exact eye color, posture, and signature hair. To complete Vergara’s stunning looks, Vergara also generously donated outfits for both of her figures to wear. Vergara’s New York figure will don a silver embroidered illusion column dress with a pleated tulled bodice by Marchesa which she wore to the 2012 Met Gala. Styled as Gloria Delgado-Pritchett, Vergara’s Las Vegas figure will be dressed in a leopard print and black figure-hugging dress which she wore for the Season 3 promo photos for Modern Family.

Vergara had been widely known for co-hosting television shows for Univision in the late 1990s and currently stars on the ABC series Modern Family as Gloria Delgado-Pritchett, for which she was nominated for three Golden Globe Awards, three Primetime Emmy Awards and three Screen Actors Guild Awards for Best Comedy Actress. She was recently named No. 38 on Forbes’ Most Powerful Women 2013 list.