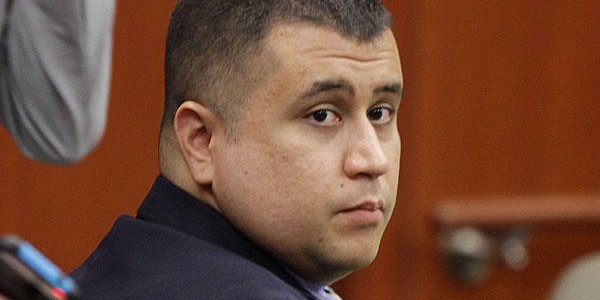 George Zimmerman said in a recent released video that he has a clear conscious for surviving a confrontation that killed the unarmed 17-year-old boy, Trayvon Martin, and accuses President Barack Obama for his racially charged comments.

Zimmerman’s attorney, Howard Iken, released a video on Monday of Zimmerman explaining that he couldn’t feel guilt because of the deadly circumstance he was facing at the moment.

“”Only in a true life-and-death scenario can you have mental clearness to know that you cannot feel guilty for surviving,” says Zimmerman in the video.

Iken asked Zimmerman if he thinks he did anything wrong during his deadly encounter with Martin, Zimmerman said “no”. Then he was asked if he had a clear conscience, he said, “yes sir”.

On July 2013 a jury acquitted Zimmerman of the charges of second-degree murder and manslaughter. And for three years the United States Department of Justice (DOJ) investigated him on civil rights charges. The DOJ determined there was not sufficient evidence for a federal hate crime prosecution.

In the video Zimmerman, whose mother is from Peru and identifies himself as Hispanic, also faults President Obama for making divisive comments and for attacking an innocent American.

On the video Zimmerman’s attorney, who was off-camera, asked him who brought “the highest level of unfairness” to his case, he said it was Obama. Once Martin’s death gained media attention, Obama said if he had a son, he would look like Martin.

“To me that was clearly a dereliction of duty, pitting Americans against each other solely based on race,” said Zimmerman, while also accusing the president of attacking an innocent American.

“[President Obama] by far overstretched, overreached, even broke the law in certain aspects to where you have an innocent American being prosecuted by the federal government,” said Zimmerman.

Since the shooting of Martin in 2012, Zimmerman has been in trouble with the law five times. In 2013 Zimmerman’s wife called 911 after he allegedly threatened her with a gun and punched her father in the face. Later that year Zimmerman’s girlfriend called the cops alleging he pointed a shotgun at her and broke some of her belongings in her home. Both females did not press charges, according to police reports.

The following year a driver accused Zimmerman of road rage. According to the driver Zimmerman said, “Do you know who I am?” followed by “I’ll f—ing kill you.” Zimmerman allegedly followed the driver to a parking lot and fled once the driver called 911 and police arrived. The driver did not press charges.

Earlier this year Zimmerman was arrested and charged with aggravated assault with a weapon after allegedly throwing a wine bottle at his ex-girlfriend. The charges were later dropped after she withdrew her story.