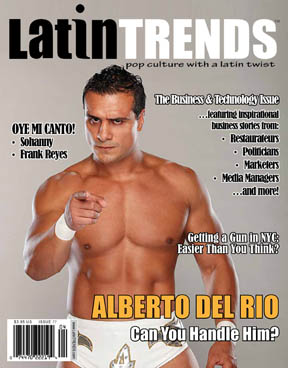 In April’s issue of LatinTRENDS, associate editor Bernadette Giacomazzo sits down with WWE’s own Alberto Del Rio, where he talks about his legacy, being the son of a legendary luchador, defeating Rey Misterio, and much more!

Pick up the April 2011 issue of LatinTRENDS Magazine, on newsstands now!