Archuleta Goes from Singer to Missionary

Archuleta Goes from Singer to Missionary 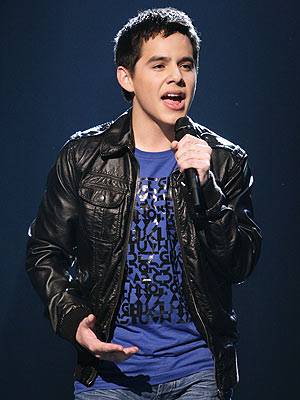 Honduran singer David Archuleta has recently announced that he will be putting his music career aside while he serves his church as a full-time missionary. The American Idol alum is a member of The Church of Jesus Christ of Latter-day Saints.

The star told his fans in Salt Lake City, Utah on Monday that he will be serving his church for two years, beginning shortly after the January 1. He stated, “It’s not because someone told me that I was supposed to do it, not because I no longer want to do music anymore, but it’s because it’s the feeling that I felt that I need to do next in my life.” Fans showed widespread support for Archuleta’s decision as they applauded for him afterwards, bringing the star to tears.

Archuleta will be serving the church as a missionary for two years. It has not been reported whether the singer plans to return to music afterwards.