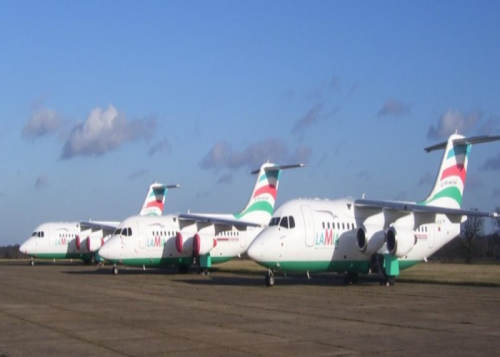 Negligence may have played a large part in the doomed flight of the chartered LaMia jet that crashed in Colombia, in which most of the Chapecoense football team perished, according to Alfredo Bocanegra, the head of the Colombian aviation agency.

The recordings from the black box from the plane leaked earlier today on social media and contained audiotapes of the pilot requesting to land.

Those were the pilot’s last words before the plane plummetted into a mountain in the Andes region.

The complete lack of fire, which was a blessing in disguise to the survivors, suggests the plane lacked enough fuel to land 18 miles away from its destination.

The lone member of the flight crew to survive, Ximena Sanchez, a Bolivian flight attendant, was able to further corroborate that theory once she was pulled out of the plane.

We ran out of fuel.”

To make matters worse, the plane was flying at maximum capacity and made no pit stops to refuel.

Bocanegra also suspects that the pilot “dumped fuel” or that the “lack of fuel was caused by a leak,” which could have been found before the flight if the 17-year-old British plane was inspected more frequently.

Of the 77 people on board, six managed to survive.

Looking for a Job? Mayor de Blasio is Hiring!
Lip Sync to 24K Magic
Translate »
%d bloggers like this: