Monday April 29th, was the site of a special get together at Sofrito, organized by Hennessy to honor Carlos Beltran of the New York Yankees. This is the second year that the Hennessey vs Latinos in Baseball event has been put together with the idea of spotlighting Latino athletes that have made an impact.

This evening was about welcoming Beltran back to New York. “Hennessey has been involved with Latino arts, and culture and sports for a long time. This is the second year Hennessy is celebrating specifically Latinos in baseball as we had Orlando Cepeda last year and this year we are honored to have Carlos Beltran. We support the spirit of ‘never stop and never settle,'” shared a Hennessey rep this evening.

In attendance were current and former players such as Barry Larkin, who was celebrating a birthday, King Felix, and author Ray Negron, and former Yankees president Randy Levine as well as Ralph Panaguia. Beltran, the three time Gold Glove winner and 30-30 hitter was among family and friends. His Golden Glove and Silver Slugger awards were on display as well. Beltran looked quite pleased to be back.”Hennessey put together something for me and I’m proud to be here and proud to be back in New York,” said Beltran.

Carlos Beltran returns to New York with the hope of realizing his dream of a World Series championship, the only honor that has alluded him. “Its always fun to play in a city where expectations are high,” Beltran explained. “After seven years playing with the Mets early in my career, now I have the opportunity to come back with the Yankees.

Read more about Beltran as he discusses his academy, his goals, and his views on how the MLB can improve the transition of Latino players to the big leagues in the June issue of LatinTRENDS Magazine. 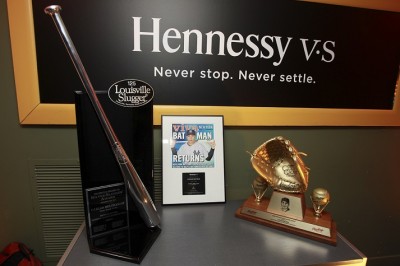 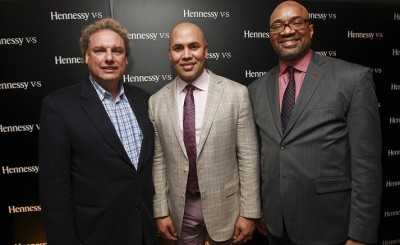 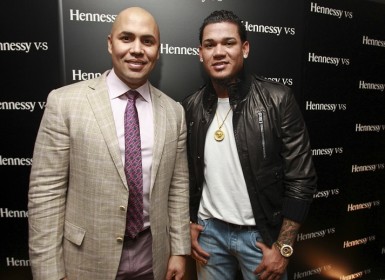