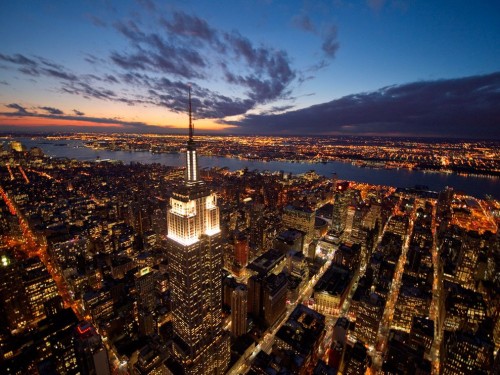 Telemundo 47 has experienced a significant boost in its local news operations, thanks to an investment made by NBCUniversal in its Telemundo stations to better serve Spanish-language communities. Today, Telemundo 47 produces more than 20 hours of local news and programming each week and provides viewers with local newscasts seven days a week. To support the boost in local news, Telemundo 47 has hired additional journalists, launched a new weekday newscast at 5:30 PM and launched a new consumer investigative unit, Telemundo Responde, charged with fighting for consumers who have been wronged. Telemundo Responde has already recovered more than $1.4 million for consumers in eight markets, including New York.

For more information about Telemundo 47, including pictures of the Empire State Building lit up in red, viewers can download the free Telemundo 47 and Telemundo 47 Primera Edición apps on iTunes and Google Play stores.

About Telemundo 47 New York
Telemundo 47 / WNJU is Telemundo’s East Coast flagship television station, serving the Spanish-speaking community in the New York Tri-State area. Owned by NBCUniversal, Telemundo 47 has been delivering local news, information and entertainment to viewers in New York, New Jersey and Connecticut for 50 years. Viewers turn to Telemundo 47 for local breaking news, weather, entertainment and sports headlines across a variety of platforms, including online at Telemundo47.com and via mobile and social media channels. Today, Telemundo 47 produces more than 20 hours of local news and programming each week and demonstrates its commitment to the community by cultivating local partnerships that reflect the diversity of the Hispanic market.

THE ULTIMATE FIGHTER LATIN AMERICA IS BACK
It Has Become A Standardized Fight Between Gov. Cuomo and New York Teacher Union
Translate »
%d bloggers like this: