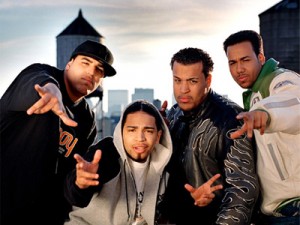 The impresario Franklin M. Romero (Junior), owner of the Latin pop group Aventura, will be charged Tuesday in Manhattan’s South District Federal Court after his arrest by Interpol for allegedly taking part in organized crime.

Romero, who also owns the record label Premium Latin Music, was apprehended on an arrest warrant issued on 2000, when he fled to the Dominican Republic after being charged in a criminal lawsuit.

According to the Office of the Federal Prosecutor, the impresario had fled the country to evade a drug trafficking and money laundering case in New York and during that time lived in the Dominican Republic, where he created the record label and bought the rights of the group Aventura, which has appeared in different stages around the world, including the U.S.

His arrest took place when he tried to enter Panama, from where he was escorted to Liberty Airport in Newark, New Jersey, and after 10 years as a fugitive.