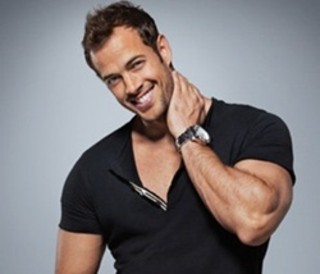 Looks like Jada Pinkett-Smith found her a new dance partner…and he’s Latin! Move over hubby Will Smith because William Levy is dancing with your wife in a new romantic comedy, “Salsa.” Jada will produce and star in the film while Amy Heckerling of “Clueless” fame will write and direct. The story-line is about a woman at a turning point in her life who meets a salsa teacher and begins to love life again.

Levy recently completed two films, Addicted and Tyler Perry’s Single Moms Club, which will be released later this year. He is currently filming a new telenovela for Univison titled, La Tempestad. The new Spanish-language series will premiere in June. Levy is also hoping for a chance to play Emilio Estefan in the singer’s autobiographical Broadway musical.

Production is set to begin the first quarter of 2014. Would you watch this sizzling duo in a movie?