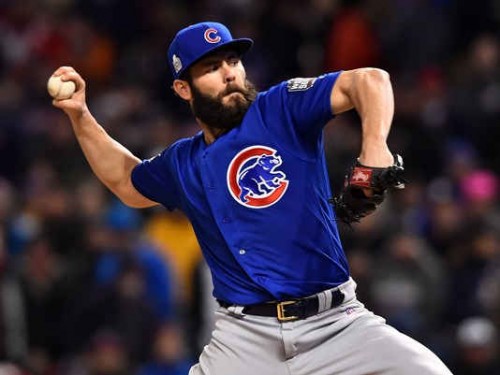 The 2016 World Series first two chapters have been read to a wide audience. For the Cleveland Indians, game one was the best of times, but in game two last night it was the worst of times as the Chicago Cub ace Jake Arrieta secured a split for the Cubs.

The opening game was a personal resume for Roberto Perez, who became only the fifth catcher to hit two home runs in a World Series setting the tone for a 6-0 rout for the Indians.

But game two would be Arrieta, the Puerto Rican-Italian American former Cy Young Award winner, who no-hit the Indians for five innings plus and allowing a single run in a 5-1 rout. He would leave the rest of the work to the pen as Mike Montgomery and former New York Yankee Aroldis Chapman closed out Cleveland.

Arrieta, now 30, had that focus on a cold evening in which his performance was self-described by Arrieta,

Jake did things like maintaining movement and riding the stationary bike. As a pilates man and workout obsessive, it was a natural course of action. Jake has always trained with an eye to the day he would need to pitch a game like this

“It’s why you play the whole season,”

Arrieta pointed out. After subpar postseason performances in the past, Jake is more than pleased to put in an elite level start at the best of times. The series resumes Friday at Wrigley Field.