JOHN TAVARES IS LEADING NEW YORK ISLANDERS TO THE TOP

JOHN TAVARES IS LEADING NEW YORK ISLANDERS TO THE TOP 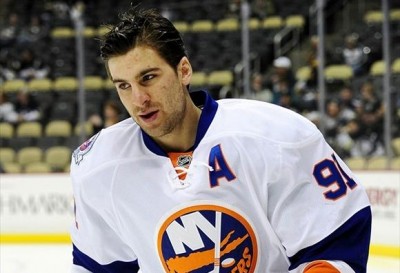 The New York Islanders hockey team, who in the 80’s celebrated a dynasty winning four straight Stanley Cups has seen hard times in the 30 years since. Outside of a few runs here and there, the Islanders have mostly struggled to regain past glory. But when the Islanders drafted John Tavares in 2009, they hoped that the Canadien born star, of Polish and Portuguese heritage, would be the centerpiece of a comeback to the days of yore.

Though it has been a series of ups and downs with a spectacular playoff run two years ago dimmed by injury to John last year, New York, in its final season in Nassau Coliseum, its home for its entire history, will start play in the Barclay’s Center in Brooklyn next year. The urgency, added to the maturation of the now 24 year Tavares has produced a fantastic season thus far as he is the only Islander to be playing at the 2015 NHL All Star Game.

“It comes from the team’s success and the hard work that everyone has put in,”

“Really, I think there are plenty of guys from our group who could be there and I’m actually a little surprised that some other guys didn’t get named.

At this moment the Islanders are in first place in the Metropolitan Division and fresh off a 3-0 win in Madison Square Garden over its rival, the New York Rangers, they have sent the message that they have finally arrived. Playing some of his best hockey despite the numbers, John is making an impact with 19 goals and 20 assists for 39 points in 43 games thus far. Many of goals have been timely as well. Its the kind of effort coach Jack Capuano is happy to possess.

“He wants to lead by example. That’s what great players do. They come to the rink every day and they have that vision, they have that focus: ‘I’m going to be the best player today.’

Though the Islanders are keeping a low profile, its 29-13-1 mark is hard to ignore. But as John continues to lead, he also reminds us that its a team effort and this team is all in.

“The goal is to win and you make those sacrifices to win,”

Tavares explains, “I still think I’ve been able to produce at a pretty good rate so far. Like I’ve always said, I’m never really satisfied, so there’s always room to do more and produce more.