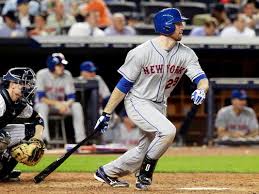 The 2013 Subway Series moved from Citi Field to Yankee Stadium Wednesday, and the only difference this change of venue yielded was a convincing New York Mets (21-29) win over the New York Yankees (30-22).

After defeating the Yankees 2-1 in Queens on Monday and Tuesday, the Mets crushed their crosstown rivals 9-4 in the Bronx, making them the winner of this year’s Subway Series regardless of what happens in the series finale Thursday night.