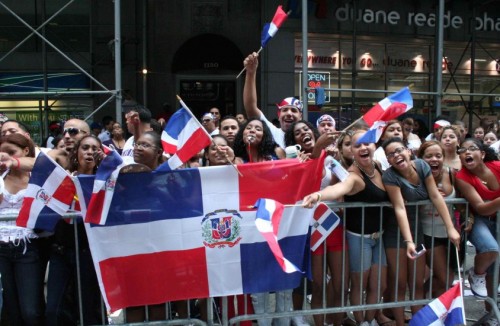 Sources familiar with an investigation by the New York State Attorney General’s office have confirmed to City & State that Nelson Peña, longtime director of the Dominican Day Parade, has agreed to resign his post.

Peña, who has been a controversial figure, has also agreed to resign from and dissolve other organizations he had formed, including Desfile y Festival Nacional Dominicano, Inc., Comite del Desfile y Festival Dominicano, Inc., Desfile Nacional Dominicano USA, Inc. and Festival Popular Domincano, Inc., according to several Dominican elected officials who attended a meeting on February 23 at City Hall with Schneiderman’s lawyers in the Charities Bureau. Peña has also relinquished control of all their intellectual property and ownership rights. (The organizations are not believed to have any financial assets.)

According to at least two sources there won’t be any criminal charges brought against Peña.

A newly structured nonprofit organization, Dominican Day Parade, Inc., featuring a new 12-member board drawn from diverse sectors of the Dominican-American community, has been granted the city’s permit for the Dominican Day Parade. Under the new leadership, this year’s parade be held on Manhattan’s Avenue of the Americas on August 9, 2015.

“The Dominican Day Parade is a key institution for the celebration of Dominican culture and heritage in New York and throughout the nation,” said Attorney General Schneiderman in a written statement. “Whatever nonprofit organization is responsible for its operation must be properly constituted, comply with New York law, and be accountable and transparent. For years, Nelson Peña has run the Parade without regard to these requirements. Indeed, for all intents and purposes, the organizations that Peña has purported to run do not exist—they have no functioning boards of directors, they have failed to maintain proper books and records, and they have failed to file the annual reports my Charities Bureau requires nonprofits to file. The Dominican community deserves better, and with the steps announced today, it will receive what it deserves—strong, accountable leadership for the Dominican Day Parade.”

As of this writing, the members of the new board are as follows: