OBAMA IMMIGRATION SPEECH: WHAT IT MEANS

OBAMA IMMIGRATION SPEECH: WHAT IT MEANS 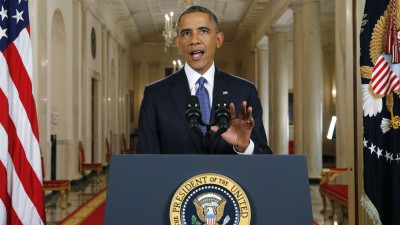 President Obama addressed the issue of immigration Thursday night. The topic that never went away was dealt with in a curious manner. Obama started his speech about the United States being a land of immigrants. The tradition is established and runs deep in our history. But he was clear that laws must be upheld and warned that this bill would accomplish that.

“Undocumented workers broke our immigration laws, and I believe that they must be held accountable, especially those who may be dangerous.”

Obama admitted that the system was “broke” and a “compromise” deal was put together. It basically states that the borders will be more aggressively guarded. Those who have been here for five years is safe. But you have to expose yourself and pay taxes to make up for taking away from those who did it right. They must go back in line. But the promise of clemency is still a judgement call. ”

You can come out of the shadows and get right with the law. That’s what this deal is.”

And its only temporary, three years, and you can still be deported. The bill will also favor those who either go to school, work, or own businesses. Children born here appear to be safe as well. If you are here before the five year mark, your done, no ifs, ands, or buts. If you are a criminal or gang member, you will be sent down. If any attempt is made in the future without authorization, you will not get past the border patrols, which will grow in number. 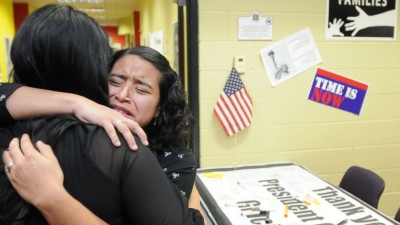 But everyone else is still a judgement call. Its not ideal as Obama said. But you have to start somewhere. Recognizing that he was being held accountable to this issue from day one, he pointed out the reasons why republications should help pass it.

“It wasn’t perfect. It was a compromise. But it reflected common sense.”

Obama said. The President has his obstacles but at least he has the support of Latin nations such as Mexican President Enrique Nieto Peña, who said in a speech that Obama’s plan ”

is an act of justice that recognizes the large contributions that millions of Mexicans have made to the development of our neighbor.”

Romeo Tonight on “The Tonight Show” with Jimmy Fallon.
Latin GRAMMY Awards: How much lace is too much lace?
Translate »
%d bloggers like this: