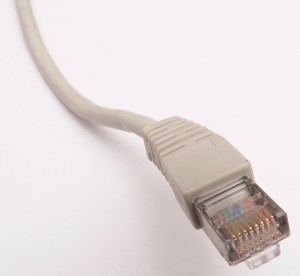 I’ve seen it before and it still surprises me. The insights of an underdog open unexpected doors for Internet consumers and yank the rug right out from under the dominant providers of the day. Remember – AOL, Microsoft, MySpace, and Yahoo. Falling prey to their own complacency about a fast changing Internet culture these powerhouses failed to address the needs of their own audience. And in walked – Apple, Facebook, and Google – providing services that consumers didn’t even know they wanted. Well, you know the rest of the story … for now.

The Internet audience is changing – fast. More than many other groups, Hispanics go online to socialize, find good deals and purchase new products. Latinos are the fastest growing demographic on the Web, the heaviest users of wireless access to mobile phones and laptops, and 80 percent of Latinos socialize online.

According to Nielsen, Hispanic shoppers spent $125 billion on consumer packaged goods products last year. This shopping power will soon translate online, as the buying power of Hispanics in the U.S. and Caribbean will increase twice as fast as the U.S. general market in the next few years.

These factors create a lucrative opportunity for businesses that want a closer connection with online Latino shoppers.

Businesses targeting online Hispanic consumers should take into account specific cultural differences and ethnic preferences. For example, according to the Pew Hispanic Center’s National Survey of Latinos, more than half of Latinos ages 16 to 25 identify themselves first by their family’s country of origin, and an additional 20 percent generally use the terms “Hispanic” or “Latino” first when describing themselves. They are satisfied with their lives, optimistic about their futures and place a high value on education, hard work and career success. A valuable market indeed.

In walks CompraLatino. Founded in 2008 by online technology entrepreneur Eddie Batiz, this e-commerce company has strategically planted its Internet roots in the fertile soil of the online Latin shopping culture.

Batiz foresaw that Hispanic would consume more Internet than the general market. Through a partnership with Casiano Communications, they have built CompraCaribe (www.compracaribe.com), a uniquely Hispanic online marketplace forum where shoppers can find and purchase top-branded products and services from Latino Businesses.

Based in San Juan, Puerto Rico, Casiano Communications is the island’s number one media company online and in print. The company publishes several newspapers and magazines, which are distributed throughout the Caribbean, United States and in twenty other countries.

Batiz has formed the leading edge of the next wave through cyberspace by addressing an underserved and fast growing online community.

Casiano and Eddie Batiz’ CompraLatino did not need to wait for the release of the Census data to understand that the Internet is important in Hispanics’ daily lives. This year, 29.6 million Hispanics—nearly 60% of the Hispanic population—will go online at least once a month. By 2014, 39.2 million Hispanics will be online.

CompraCabibe.com focuses even more on simplifying and enhancing the user’s shopping experience by offering a bilingual market populated with personalized e-stores that sell products and services from brands.

Based on the “Mercado Central” Hispanic shopping tradition, CompraCaribe’s Latino-focused marketplace helps businesses find customers and each other. The bilingual online community offers businesses a way to sell worldwide and offers an easy creation of business directories and online stores.

More businesses are incorporating online communities within their corporate strategy. As these arenas increasingly become a fundamental component for professional success, businesses should look to experts like Eddie Batiz on the forefront of this industry to understand the extent of the benefits e-commerce tactics have to offer.

Batiz created the first live cyber recruitment platform for the U.S. Navy and quadrupled their online recruiting efforts. The chat technology that he developed and implemented is so popular with the armed forces that the Marines, Army and Air force soon added their own online recruitment platform. This technology attracted the attention of companies such as 1-800-Mattress, which generated over $7 million in sales the first year, the fastest growing sales channel in the 30-year history of the company.

Eddie Batiz pioneering development of the Latin E-Commerce Internet and to create the largest Hispanic online market place on the Web earned him national recognition. He was selected businessperson of the year in 2008 for the California Hispanic Chamber of Commerce, the largest Hispanic chamber in the U.S. representing over 600,000 businesses in the state of California.

Recognized as one of the Latin Internet’s e-commerce pioneers by business groups and media across the nation, Batiz has been at the forefront of online communities and e-commerce.

Entrepreneurs such as Eddie Batiz have been aware of the vitality of communicating with Latinos through technology for years. He has built his career around empowering people through technology, and information particularly among Hispanics.

Online Hispanic shoppers will continue to be an important part of the economic system. Latinos’ affinity for technologies that ease communicating across geographic boundaries, allow interaction, build communities for like-minded individuals will affect the way businesses approach e-commerce.

Experts such as Eddie Batiz with established working models for communicating with Hispanics through technologies, such as CompraCaribe, can guide the business world over the threshold into the new age of technological advancements and a way to connect to online Latino shoppers.

Lucía Tovar-Matthews is a Board Member for the San Diego Community College District Oversight Committee and the Executive Director at DIÁLOGO (www.dialogo.us), a public relations firm that focuses on the U.S. Hispanic and Latin American markets.